The Creswick Primary School was established after gold was discovered in Creswick Creek in 1851. By 1854 the population had “ballooned” to over 5,000 residents.

On May 15th. 1854 Mrs. Marion M. Collins opened the Creswick Creek National School on the corner of Albert and Water Streets in Creswick on a one-acre allotment, fenced in and included a garden. This site is now occupied by the Town Hall and the Council Chambers. 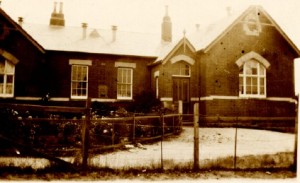 On January the 12th. 1874 the school moved to its present site in Napier Street.

On October the 9th. 1875 Night School was conducted for the first time between the hours of 7.30 – 9.30 pm. There were 63 enrollments for night school sessions. Night school catered for the needs of working students who wished to continue their education.

This was the 125th. anniversary of the school providing education for the students of Creswick from its present site. Celebrations were officially opened by Mr. Michael Ronaldson, M.H.R. for Ballarat. 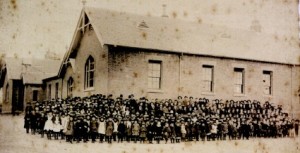